Resist to the security “derive” drift

For its 4th edition in Marseille, from 18 to 25 September 2010, PRÉAVIS DE DÉSORDRE URBAIN focuses on the notion of disorder of public order.

The security drift of our society is a source of some form of inhibition of exchanges between citizens in the public space. Performance is an artistic act sometimes subversive, often poetic, which feeds on the context in which it unfolds, while modifying it. The festival invites to derogate, overflow, disturb, disrupt but also to question, to challenge, to propose to the public unexpected experiences, stripping, other ways of living together in an urban environment.

PRÉAVIS DE DÉSORDRE URBAIN questions the links between performance, urban art, contemporary art, live performance; sketch out avenues for reflection on the citizen issue of new artistic writings in the public space; and convokes the city, the daily, the diversion of the uses citizens and social relations as ground of artistic experiments. With a dose of disorder, PRÉAVIS DE DÉSORDRE URBAIN makes these creations perceptible while inventing meetings with the public, which preserve the vitality of art in a city in context.

On Tuesday afternoon, the mayor of the 4/5 took the firm and final decision to CANCEL the Saturday demonstration, to DELETE the promised grant, and to close the Fissiaux Center, our logistics base.

Any explanation was in vain: the decision was irrevocable.

Failure to react would have been nonsense in the logic of the Notice of Urban Disorder. We therefore asked Patrick Mennucci, mayor of 1/7, to host our event in his area. What he did

A press release was issued on Thursday evening to warn the public of the change of venue.

In the night from Friday to Saturday, huge tags (between 20 and 30 of 2×3 meters) have appeared on the walls of the buildings, the window blinds and the street furniture of the boulevard Longchamp with the inscription PREAVIS DE DESORDRE URBAIN.

We immediately complained about misuse of the name of the festival and Mr. Mennucci, for degradation of the public highway.

The festival ended Saturday in a rather festive atmosphere Danaides. The public and passers-by felt apprehended, disturbed, and complicit in the actions. 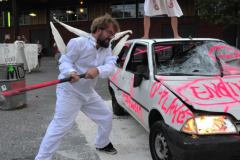 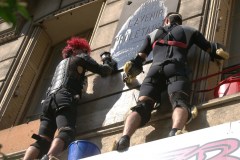 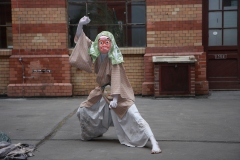 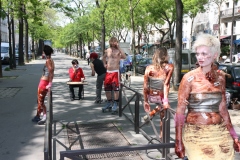 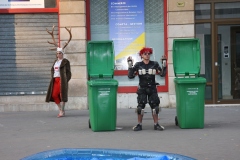 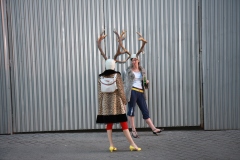 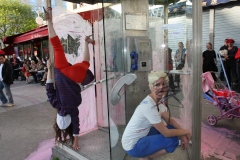 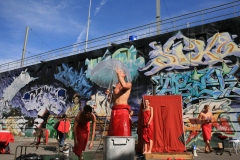 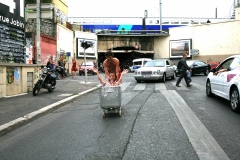 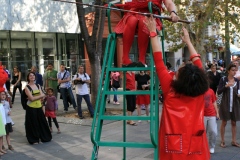 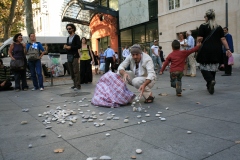 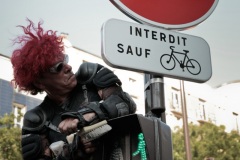 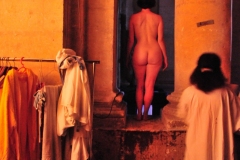 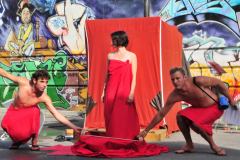 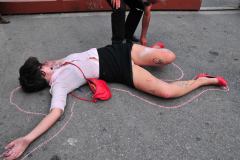