How to continue living in this world of crisis?

Each period is focused on a laboratory – the artists have time to build and refine their projects connected to the city – and regular public meetings.

Artists are invited to work in urban spaces of the 1rst arr. Of Marseille : Noailles, rue Sénac, rue Curiol, place du Lycée, rue Saint-Bazile and in the space of Théâtre.

It’s a very lively area in the center of the city with cosmopolitan inhabitants.

There are lots of abandoned urban places.

The theatre is one of the spaces where the artists can experiment actions with public, passers-by in unusual hours.

La Friche, is an old tobacco factory, now an artistic and cultural center and a place devoted to creation. La Friche which is a territory of experiences and artistic crossfields, is a perfect place for this period of Preavis.

We collaborate with The instants Vidéos during this period in La Friche and Radio Grenouille covers the whole festival. 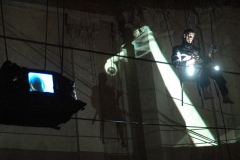 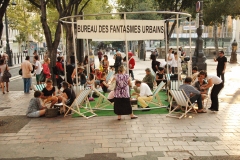 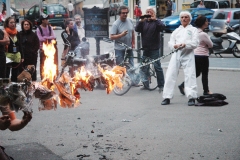 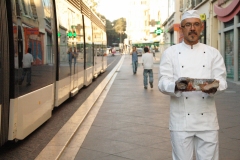 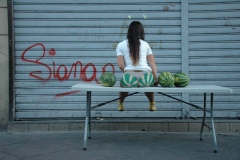 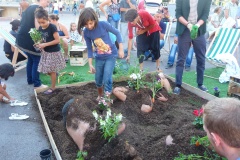 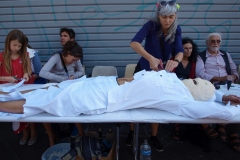 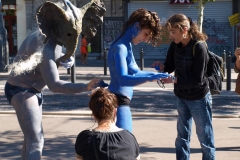 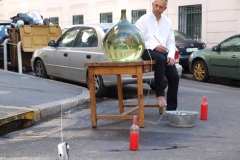 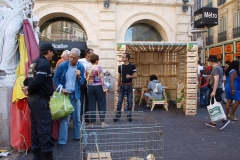 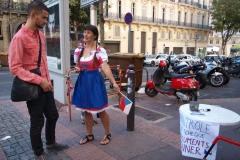 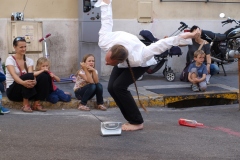